The real spear of the nation

The spear of the nation painting at the Goodman Gallery has been an amazing storm in a teacup lately. For me, it has highlighted a number of issues.

Most importantly it has highlighted our right to freedom of expression. Apparently, in this country, we have the right to express ourselves freely, just as long as that expression does not include the president’s penis. “All animals are equal, but some are more equal than others.” The central drive of the ANC government’s objections to the picture seems to be the fact that it features Jacob Zuma’s penis. So what they are saying is that it is ok to make a painting 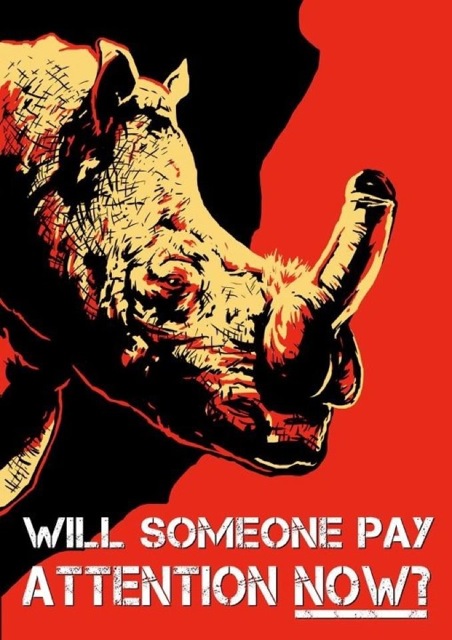 of a penis, as long as it is NOT Jacob’s penis. In other words, you can express yourself freely as long as you don’t express an opinion about your president’s cock! Seriously??? He is starting to behave just like crazy Bob up north.
But, Jacob Zuma is a man who has shown that he clearly doesn’t mind where he sticks his cock, so he is the obvious choice for an artist who wants to create a painting like this. I thought the painting was a very clever, very powerful expression of an opinion about not only Jacob Zuma & the ANC, but the country as a whole. And whether or not you agree with the artist’s opinion, the artist has the right to express that opinion.

The subsequent defacing of the painting has highlighted how quickly South Africans are prone to infringe on each other’s rights. If you don’t agree with something you are welcome to express an alternate opinion but the moment you damage someone else’s property, you infringe on their rights. I want to see both those guys who got happy with their paintpots get thrown in jail for a long time. Anything less will be a travesty of justice!

It is just like the recent DA march where Cosatu supporters turned up and started throwing stones at the DA marchers. If you do not agree with them, that’s fine. But the moment you pick up a rock and throw it at them, you infringe on their basic right to freedom of expression. The last time Cosatu marched, did anyone else turn up & start throwing stones at them? Throwing rocks at people who are expressing an opinion that is contrary to your own, is exactly the same as defacing a painting which expresses an opinion contrary to your own! In my opinion, both of those actions are a direct infringement of others basic human rights! 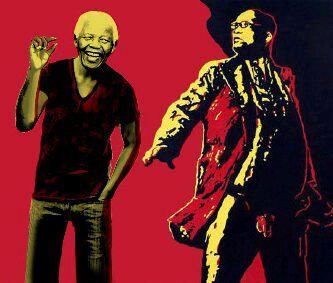 But most of all, what recent activities have highlighted, for me, is how much time, effort and energy is focused on bullshit here in South Africa. There are real issues in this country that need to be addressed, instead we’re spending our time talking about Jacob Zuma’s cock! What could be more mundane than discussing a painting of some chauvinistic pig’s prick while all the time children are starving, being abused, neglected and traded. While women are being treated as second class citizens and used as punching bags by their men. While innocent animals are being slaughtered to the point of extinction. Seriously South Africa, this is a wake up call for all of us. Let’s stop infringing on each other’s rights of expression and start focusing on the real problems! Let’s get our heads out of Jacob’s pants and into intelligence!

Ooooh, I hope I don’t get into trouble for expressing my opinion.